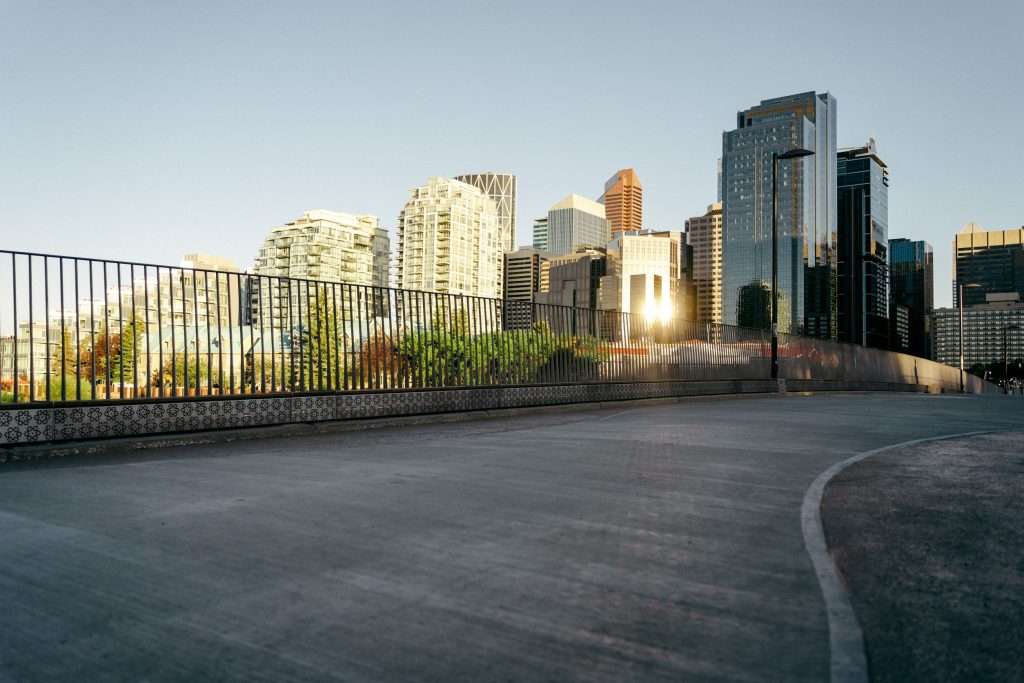 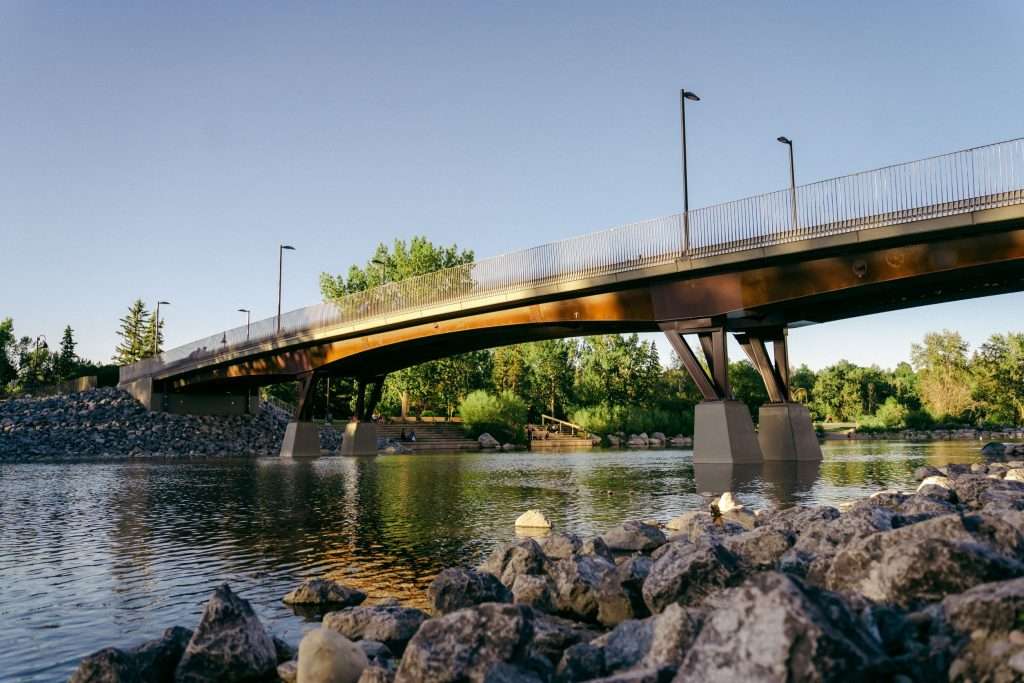 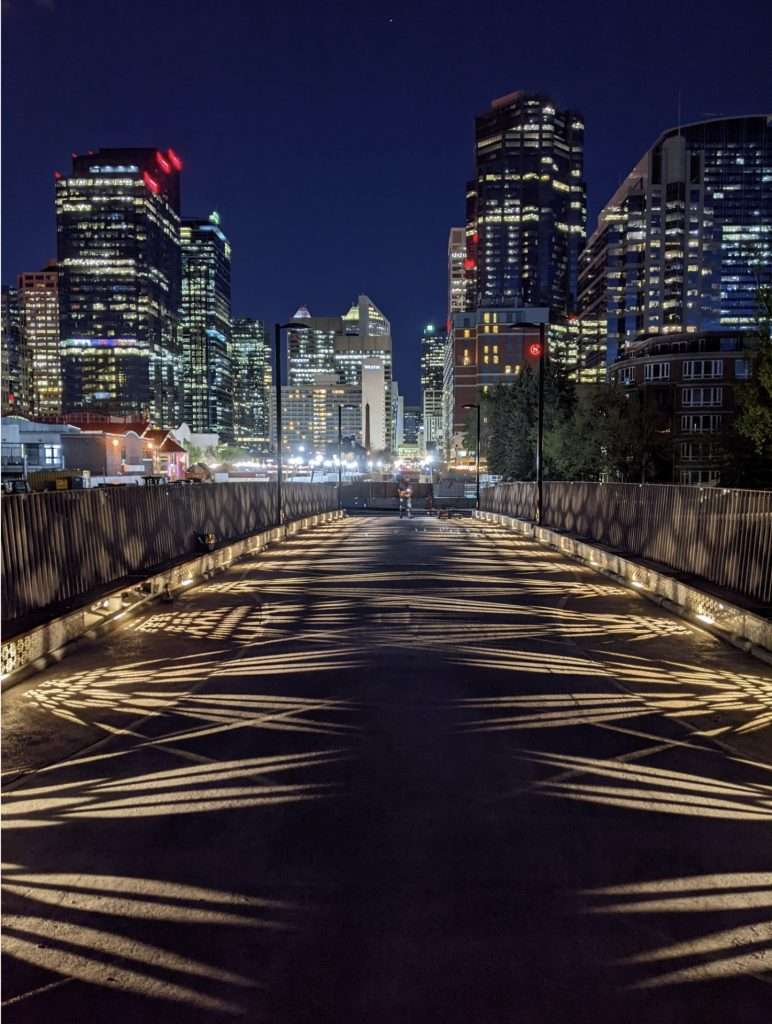 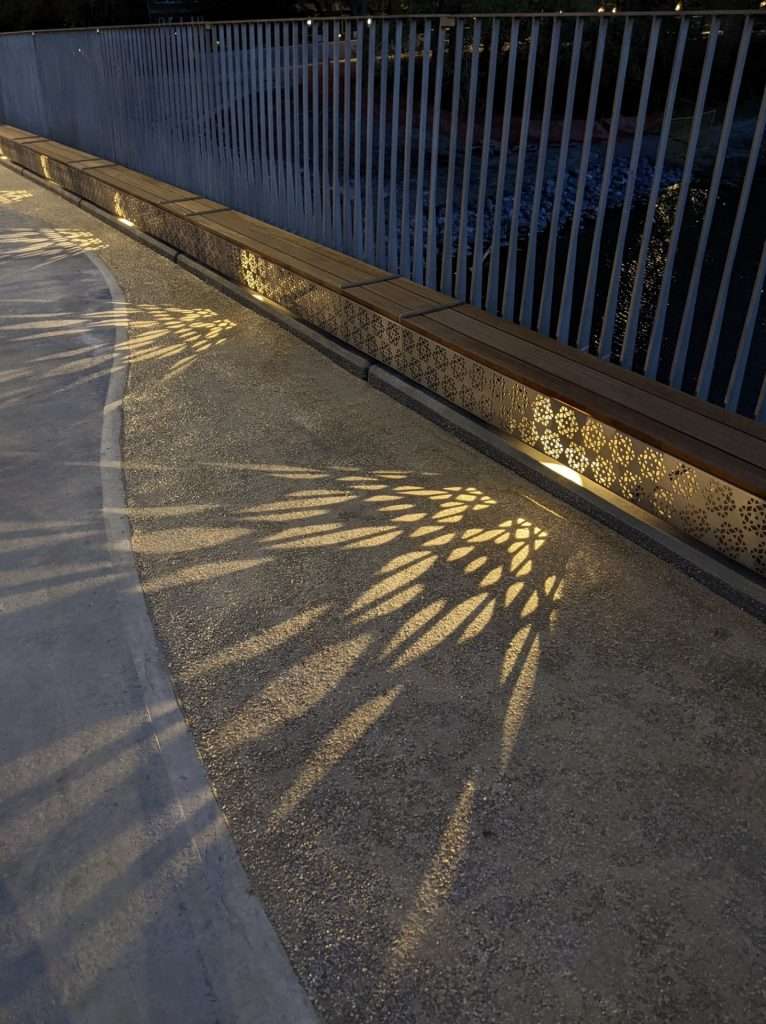 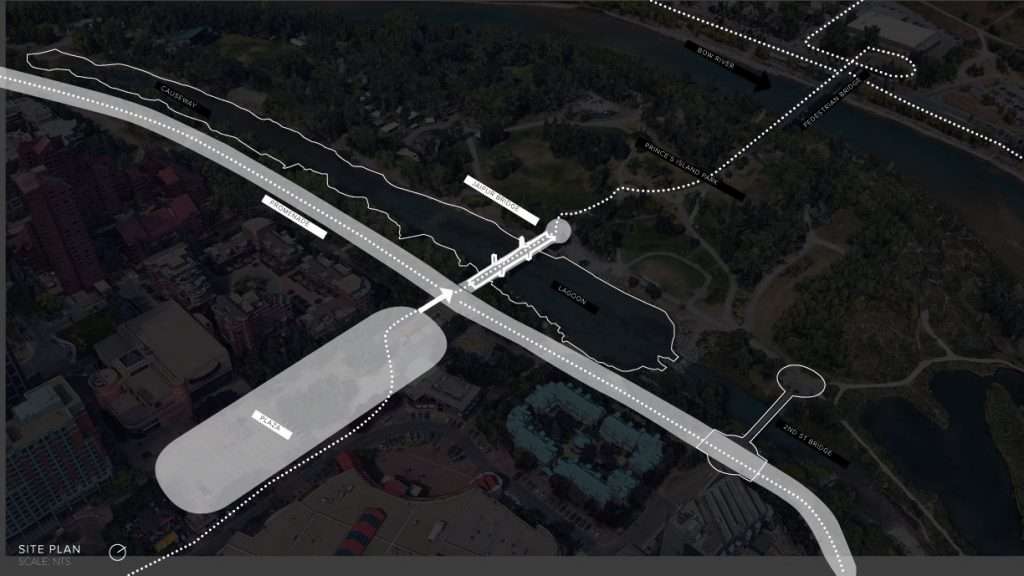 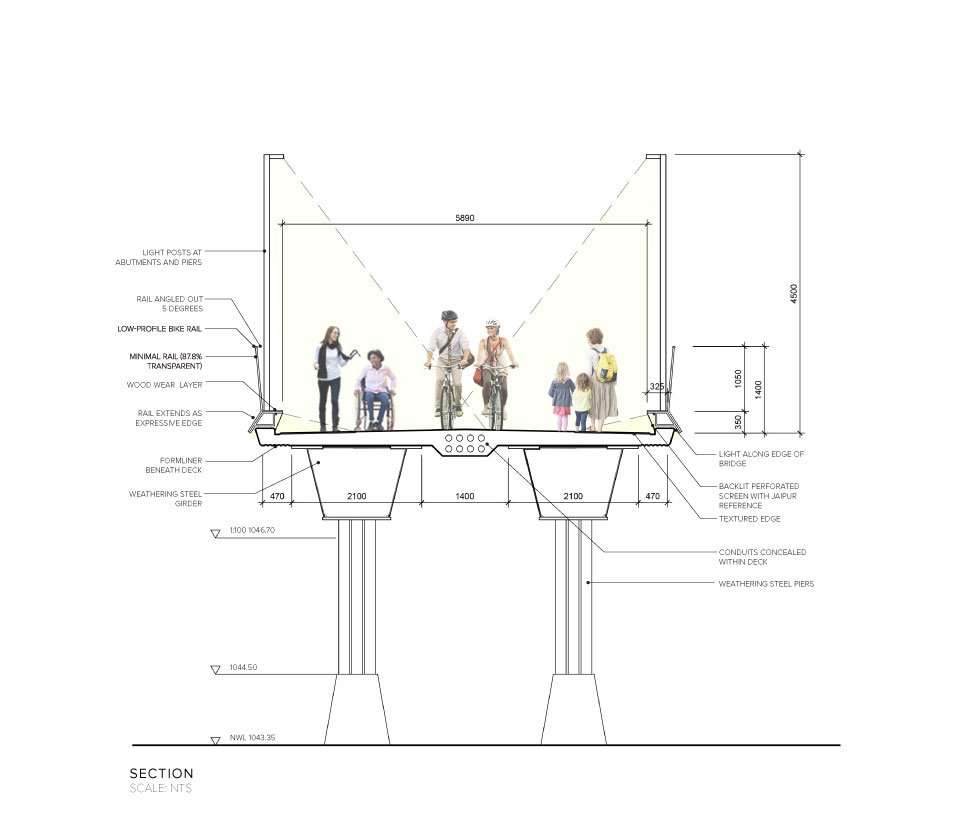 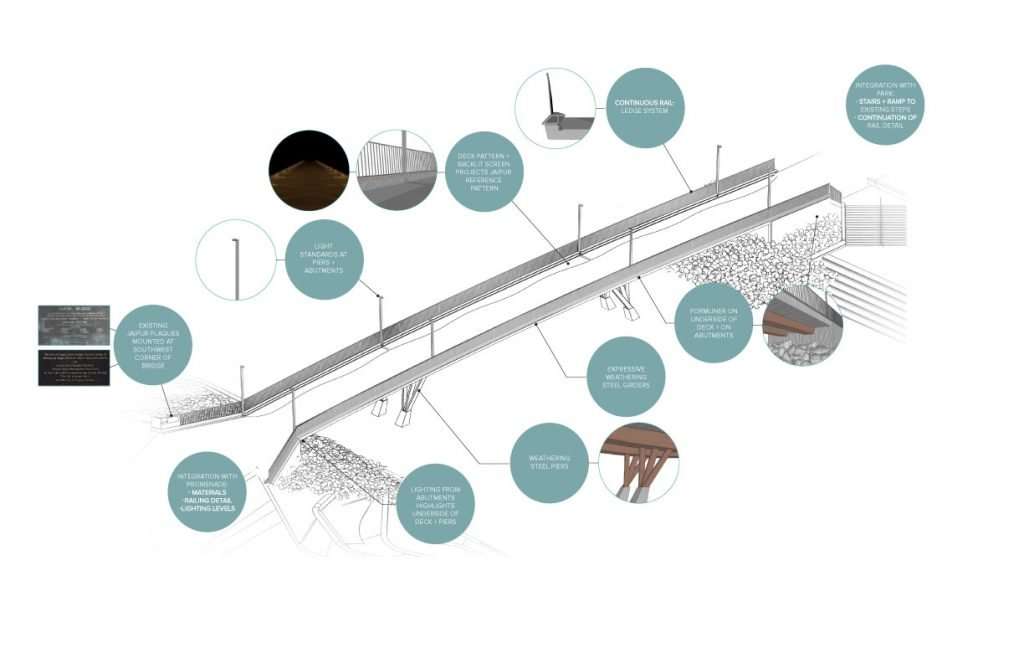 The Jaipur Bridge replacement is part of a larger public realm revitalization project that also includes updates to the Eau Claire River Promenade and the Eau Claire Plaza. The existing bridge, named after Calgary’s sister city relationship with Jaipur, India, was over 50 years old and in need of replacement.

The bridge connects Calgary’s downtown to one of Calgary’s most popular parks, Princes Island Park, which hosts several festivals and events throughout the year. Additionally, the lagoon that the bridge crosses over, is typically used for ice-skating during the winter. Along with meeting today’s engineering standards, the new bridge was to be wider while maintaining important view corridors, to better negotiate moments of pause and moments of movement. The sister city relationship was celebrated with lighting and pattern incorporated into the railing design and projected onto the bridge deck through a screening detail that plays homage to Jaipur.